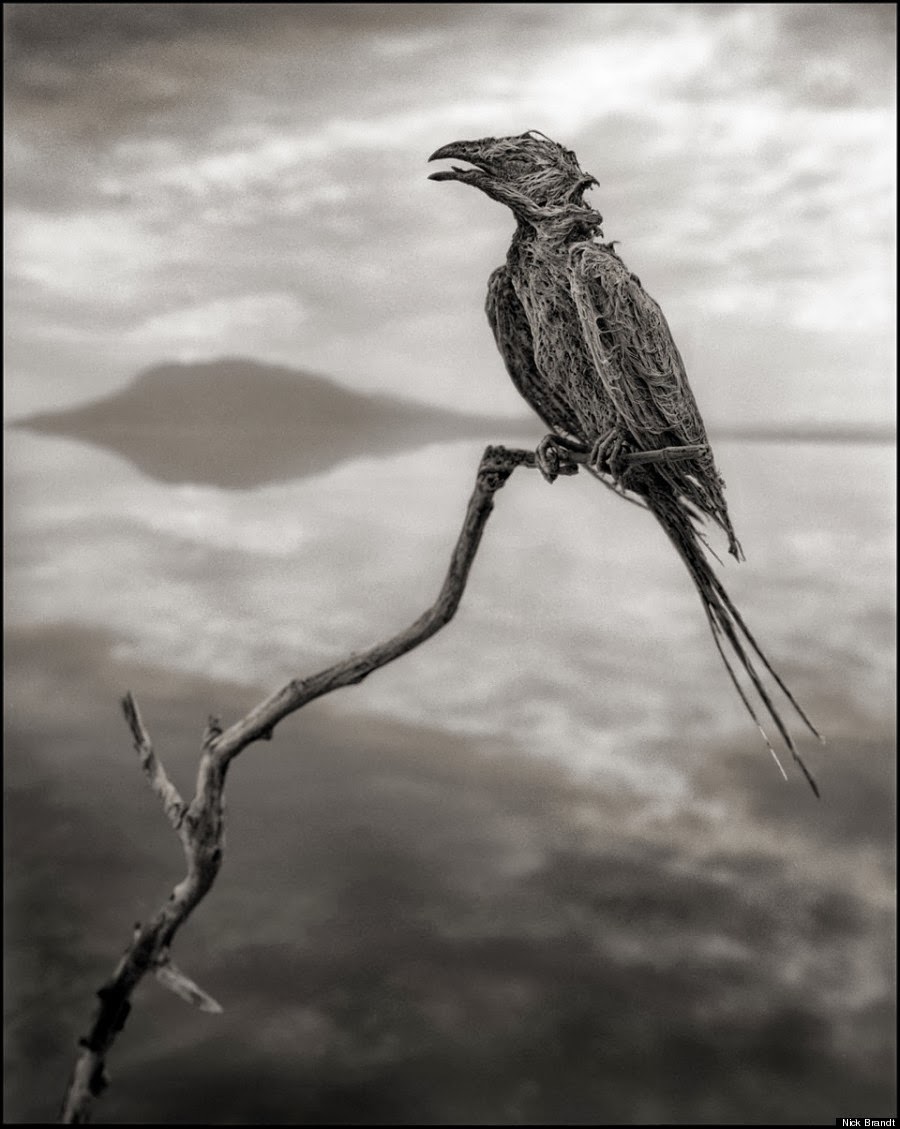 A lake filled with water so toxic that it can turn whatever touches it to stone? Sounds like something straight out of a fictional horror story—or a Medusa myth—but guess what, IT’S NOT! At least not according to this article at Smithsonian.com.

Lake Natron, located in Tanzania, in east Africa, is comprised of an odd combination of salt, sodium carbonate decahydrate (soda ash), and sodium bicarbonate (baking soda) which makes it extremely alkaline. This means it contains water with ph levels of 10.5 or even higher (um, excuse me, my nerdy is showing). Let’s just say, it would be painful to swim in. It’s so caustic that only one species of fish can thrive there. Although, there is a flock of flamingos that use the shores of the lake as their breeding ground. Those are some tough-as-nails birds, never mind the fluffy pink feathers.

But here’s the really creeptastic part. The composition of the lake water and the lack of life therein make for a serene, glass-like, reflective surface… which in turn, causes wildlife passersby of the winged variety to um, fly into it. Like the Windex birds flying into a glass door except much more deadly.  After some time in the highly mineralized lake, the carcasses harden and become calcified, leaving them eerily preserved before they wash up on the shore, sometimes in masses.

The picture above was taken by photographer Nick Brandt who watched a group of the stony animals as they drifted onto the bank. Observing how strangely gargoyle-esque they were, he decided to photograph them. But instead of leaving them lying on the ground, he thought to bring them to life in a new way. He picked them up, perching them in more life-like settings around the lake that had been their death. The results are chilling.

This lovely dead creature was once a dove

What are you afraid of?

You’re a Weird One Playlist