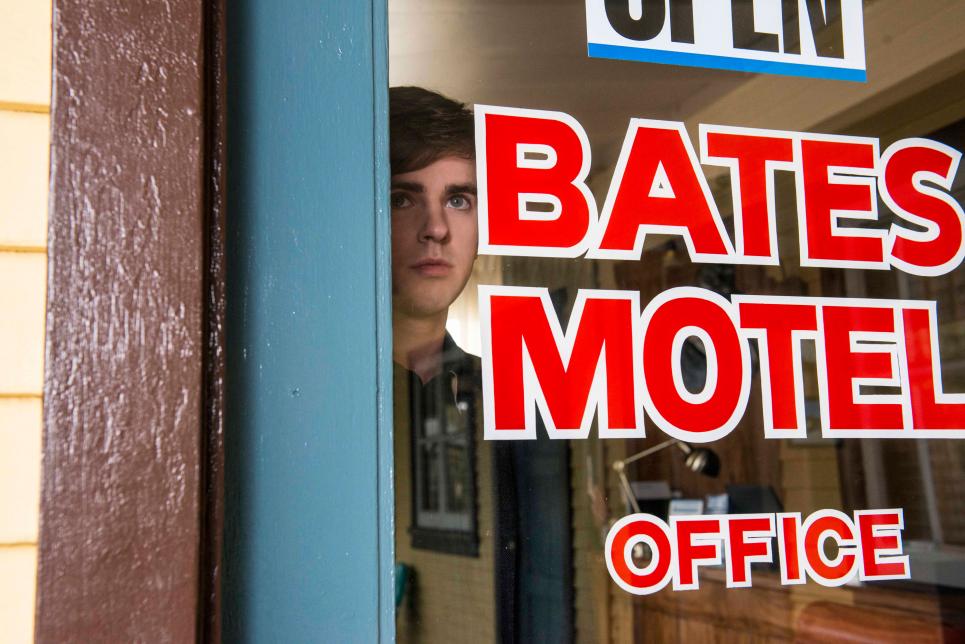 Bates Motel is my favorite show on television, and it just returned for its third season last week. The first 20 episodes are on Netflix right now, so get caught up and join the club.

According to IMDB, Bates Motel is a mystery/thriller. Wikipedia categorizes it as a drama/thriller. I discussed that sprawling genre, the thriller, last month. In Bates Motel, there are mysteries (where is the abducted girl?) and drama (my uncle is my dad?), but the thrills should be classified as chills.

While the original book, Psycho, is considered a suspense novel, the TV show is much more in line with the movie. Alfred Hitchcock’s masterpiece is labelled a horror/mystery/thriller and psychological thriller/horror respectively. As you can see, similar genres, but INCLUDING horror. In fact, Entertainment Weekly movie critic Owen Glieberman calls it a “game-changing masterpiece of horror.”

Bates Motel is fantastic as a prequel exploration of the Psycho universe. Perhaps since we know the ultimate outcome of the story, that is why it seems less horrifying, but it still meets Stephen King’s criteria, however:

2. The Horror. A mother controlling a child. Affluence built on evil desensitizing a town. Sleeping with the enemy. Creaking in an old gothic house. Knowing where the story is going and being unable to stop it.

Will you be watching this season? Where do you weigh in?

The Horror of Gatsby

Cover Reveal: The Gateway of Light and Darkness by Heather Marie