The Dead House by Dawn Kurtagich sounds like the perfect merger of mystery and psychological thriller for a chillingly good time! 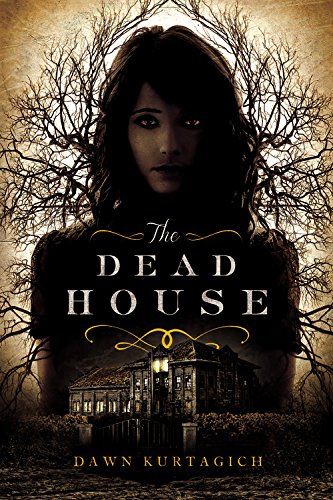 Part-psychological thriller, part-urban legend, this is an unsettling narrative made up of diary entries, interview transcripts, film footage transcripts and medical notes. Twenty-five years ago, Elmbridge High burned down. Three people were killed and one pupil, Carly Johnson, disappeared. Now a diary has been found in the ruins of the school. The diary belongs to Kaitlyn Johnson, Carly’s identical twin sister. But Carly didn’t have a twin . . .

Re-opened police records, psychiatric reports, transcripts of video footage and fragments of diary reveal a web of deceit and intrigue, violence and murder, raising a whole lot more questions than it answers.

Who was Kaitlyn and why did she only appear at night? Did she really exist or was she a figment of a disturbed mind? What were the illicit rituals taking place at the school? And just what did happen at Elmbridge in the events leading up to ‘the Johnson Incident’?

Chilling, creepy and utterly compelling, THE DEAD HOUSE is one of those very special books that finds all the dark places in your imagination, and haunts you long after you’ve finished reading.

Twitter Chat
Join us for a Twitter chat about The Dead House by Dawn Kurtagich at #MidnightBooks on Monday, December 7 at 7 pm CST. If you can’t make it, you can always post your comments here.
Reminder…
See you on Twitter Monday, November 9 at 7 pm CST at #MidnightBooks to discuss Harrowed by Brian LeTendre and Jolene Haley.

May #MidnightBooks: Scary Stories to Tell in the Dark by Alvin Schwartz