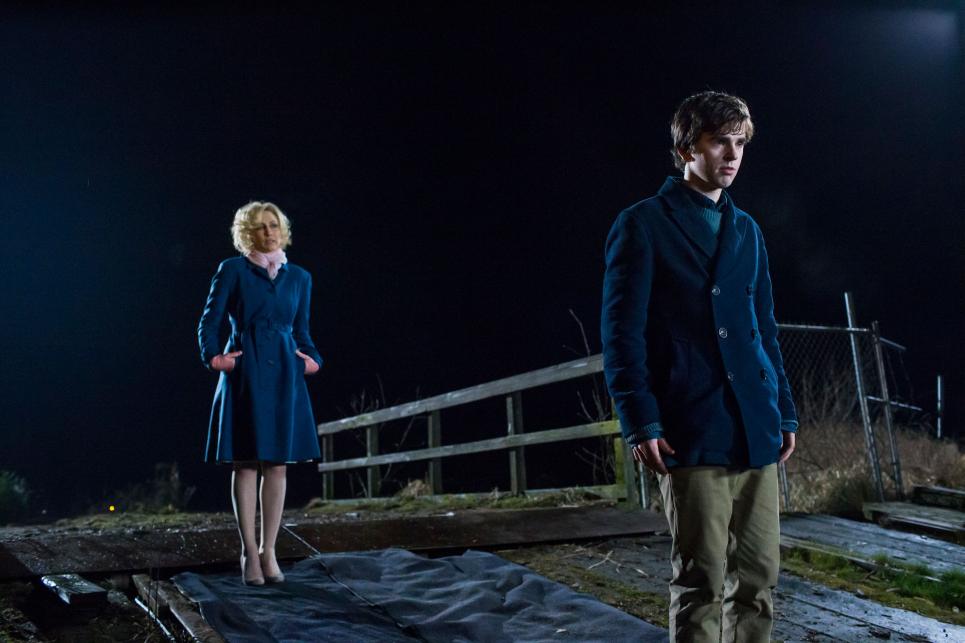 Sadly, Bates Motel has come to an end for the third season. Norman’s hallucinations are increasing, and he’s committed another murder as “Norma,” bringing us closer in line with the movie canon. Norma has finally admitted that Norman is unstable, and that has increased the conflict between Norma and Norman. Dylan and Emma FINALLY kissed (so sweet!), and Emma’s getting new lungs. Caleb is gone again. Romero is in love with Norma and trying not to be. He’s sick of the corruption in the town.

What did I miss for Bates Motel season 4? What are your reactions to the finale?

Monsters of Dr. Who… Weeping Angels

Creature Feature: Aliens, Do you believe?

Monsters of Dr. Who… Morbius