Last Sunday, the first episode of Fear the Walking Dead aired on AMC. The acting, writing, and production value I’ve enjoyed on The Walking Dead are here as well, so I’ll be watching the second episode tonight.

One of the reasons zombies are such a popular trope right now is how ripe (ha!) they are for the thematic explorations of our world. In the first episode, the following concepts were introduced. Check out how timely they are:

The show opens on Nick Clark (played by Frank Dillane), a heroin addict, looking for his friend in a church-turned-drug-den. Given that heroin-related deaths are on the rise in the U.S., this choice spotlights a current epidemic in our country that’s not taken as seriously as preparing for the apocalypse. Dillane’s portrays Nick as zombie-like. He shuffles about, his clothes and hair disheveled, his narrative mistrusted by his family. Even his sister advocates from him to be cut off (i.e. “head shot”) from the family, because he’s a drain and a danger.

Beyond that, Fear the Walking Dead features footage of people attacking the police in a way that reminds us of 2012’s Miami cannibal attack video, when a man high on  synthetic cathinone bit off another man’s face. While this particular drug hasn’t made a lot of news recently, synthetic drugs that inspire bizarre and terrifying behavior are still on the rise (see here and here). This emerging theme suggests that as more Americans self-select zombification through drug abuse, it will erode our society.

In the first episode, Travis Manawa (played by Cliff Curtis) has the quintessential English class scene. He reaches a disengaged youth during a discussion of Jack London’s “To Build a Fire,” so the writers can hit you over the head with their English degrees. Travis challenges the student on why the protagonist would eat his dog, and eventually they reach the statement, “London’s trying to teach us how not to die,” raising a question about what we are willing to do to survive. It’s easy to explore this in a zombified world where there are concrete sacrifices to be made, but what about in our world?

One man vs. nature parallel is climate change, which affects our Survival as a species. However, it comes at a direct cost to our survival, the standard of living those in industrialized nations have come to enjoy. In both the London story and in climate change, surviving against nature does not mean defeating nature. It means defeating someone (or some dog) in order to prolong your life, such as maintaining a lifestyle that would kill us all if shared with the entire world. The sad truth is that we’re willing to sacrifice others for self-preservation if we believe the others are less valuable than us. 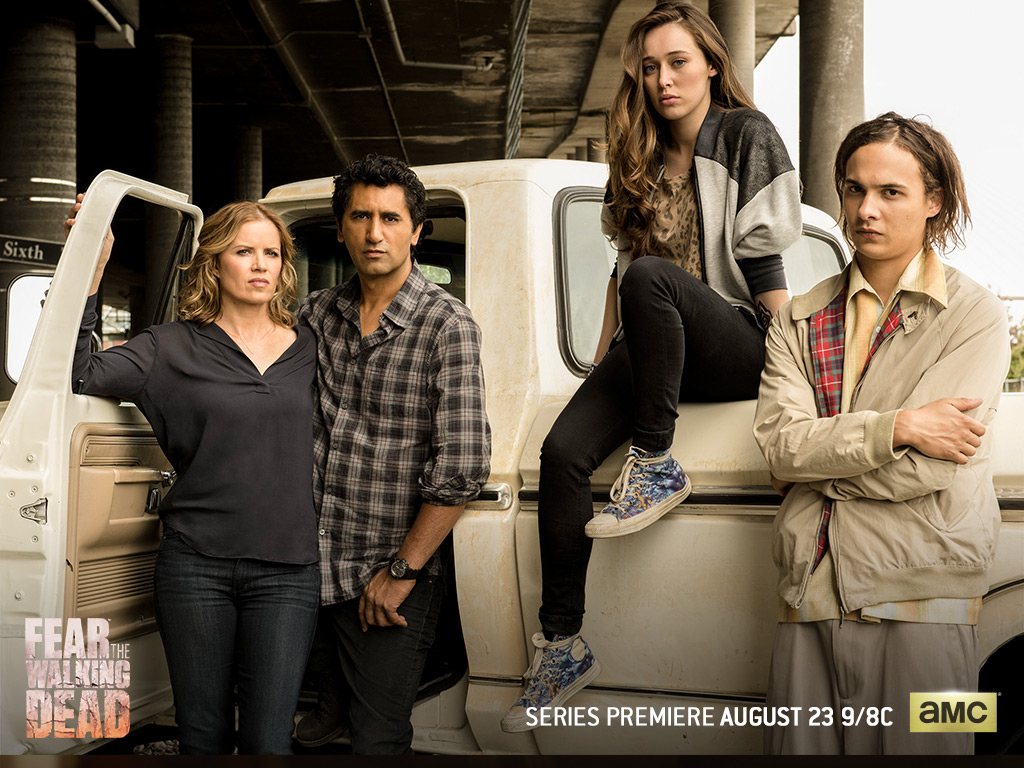 Throughout the episode, we see how news travels (or fails to) through the media. Alicia Clark (played by Alycia Debnam-Carey) watches a video of a violent confrontation between police and a walker, with her friend beside her saying, “Bam! Head shot,” when the walker finally dies. The perfect timing of her statement suggests that the friend has watched it multiple times, showing her desensitization to watching real people die, a common critique of our own society, as recent as last week’s Virginia shooting.

In Fear the Walking Dead, the sensational attacks get attention by the media, but the mundane occurrences (e.g. student absenteeism) do not. This makes sense, since media is a business, but at the same time, the media has the best chance to put the pieces together and fails to do so, which has been a part of the discussion brought forth by the Black Lives Matter movement. As society declines into chaos throughout the show, we’ll explore what the media’s responsibility is.

One concept that promises to be redemptive in Fear the Walking Dead is that of defining families. The blended family that centers as the show’s protagonist mirrors those of our own world, but also foreshadows the revisionist definition of family offered by The Walking Dead, where your family is the people you live with rather than the people you’re born with. As the rate of millennials who choose (or must choose) to live with roommates increases, as well as the fact that until recently members of the LGBTQ community could not live “legally” as family, defining family has become much more inclusive. “Family is what you make of it” will be suggested by Fear the Walking Dead.

What concepts did you see that will spark conversation about our world?

Killer Camp: A New Show on the CW